The AWS Region in Spain is now available, allowing us to securely store data in the Spanish territory and run workloads with lower latency for your customers.

The new AWS Spain region supports the most critical workloads by providing lower latency to end users across Spain. Thus, satisfying data residency needs by being able to store data in Spain.

In addition to the new region in Spain, AWS currently has four Amazon CloudFront edge locations available in Madrid, Spain. And since 2016, customers can leverage AWS Direct Connect locations to establish private connectivity between AWS and their data centers and offices. The Spain region also offers low-latency connections to other AWS regions in the area: 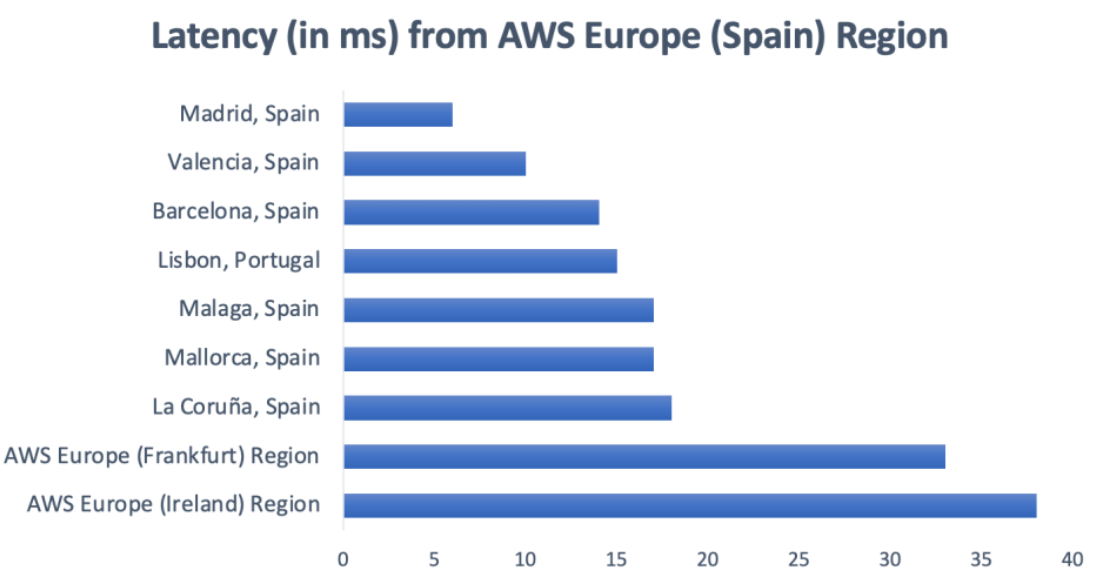 AWS has also had offices in Madrid since 2014 and in Barcelona since 2018 and has an extensive network of local partners.

“The cloud enables organizations of all types and sizes to accelerate innovation, improve business processes and reinvent their customer and end-user experiences,” said Prasad Kalyanaraman, vice president of Infrastructure Services at AWS.

AWS Regions are made up of Availability Zones that locate infrastructure in separate and distinct geographic locations. The AWS Europe (Spain) Region consists of three Availability Zones and joins the seven existing AWS European Regions in Dublin, Stockholm, Frankfurt, London, Milan, Paris and Zurich. The Availability Zones are located far enough away from each other to support customers’ business continuity, but close enough to provide low latency for high availability applications.

The launch of the AWS Europe (Spain) Region provides customers developing General Data Protection Regulation (GDPR) compliant applications access to another secure AWS Region in the European Union (EU). This to achieve the highest levels of security, compliance and data protection. AWS is also National Security Scheme (ENS) High Level certified. This means that its infrastructure meets the highest levels of security and compliance for state agencies and public organizations in Spain.

As part of its commitment to the Region, AWS has also announced an AWS InCommunities Fund of €150,000 in Aragon, where the AWS Europe Region (Spain) is located, to help local groups, schools and organizations start new projects with an impact on the local community.

This new region in Spain allows us to offer companies innovative services, technical support and better solutions on AWS and APN. All this to further advance our consulting services and help companies migrate to AWS, deploy critical applications and offer a full range of services for monitoring, automation and management of cloud environments.